Yesterday, I was fortunate enough to sit on a screenwriting panel at the International 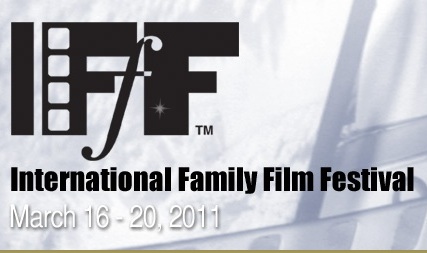 Family Film Festival. The panel was titled “Sold! Getting Your Screenplay Sold and Produced”… but it ended up being so much more than that. Perhaps it should have been titled “Surviving Hollywood – Stories from the Front Line.”

On the panel was moderator Quendrith Johnson, with guests screenwriter and WGA Board Member Aaron Mendelsohn, manager and producer Kalia York, writer/producer Patricia Rust and development exec turned writer of many trades, Rob Tobin. What I was doing amongst such talent is a mystery to me, but it was a delightfully engaging and informative two-hour session.

While my brain is still a bit fuzzy from a restless, storm-filled night, I thought that I would share some of the excellent advice given during yesterday’s event.

Things a writer should always do

More advice for the scribe

One reason that the panel was so interesting to me is that last week, my partner and I began to launch our spec to market. It is an intimidating task, bypassing representation, and going directly to producers. I was kindly given props for moxie; however, I also shared what an exhaustive process it is. I lost three writing days to marketing last week – that is precious time that I cannot afford to lose.

Ultimately, you will need to seek representation, for that person is the one who is fighting the good fight for you, giving you much more time to focus on your pages. This does not mean that once you are repped, you don’t have to get out there and shake hands/kiss babies/dial for dollars. What it does mean, however, that when the legal speak and contract mumbo-jumbo begins to enter the conversation, that you have an advocate that will take the reins from there, and negotiate the best possible scenario on your behalf.

The most oft-repeated phrase was “It is all about the story.” If you know me, you know how passionately I believe in this. The genre that you are writing in is secondary – your primary focus is on your story. What is it? How are you telling it in a way that is marketable? What distinguishes your story from the one over there? And why should this company want to buy it?

What I am reading: I’m plunging into a rewrite, and to help me dive deeper into the nitty gritty of the Depression, I am reading The Worst Hard Time: The Untold Story of Those Who Survived the Great American Dust Bowl.

What I am watching: Anxiously awaiting THE TOWN. Still catching up from sick days.

A Royal Shout-Out: To Suzanne and Chris Shoemaker, as well as the other fine people at IFFF. I’ve know Suzanne for a couple of years; she is a true champion of the independent filmmaker, the young filmmaker, and all those who yearn to carve out a career in film. The Shoemakers also produce the Fresh i Academy and associated events, which focuses on training the young filmmaker. We need more like them, please.