The experience of sitting on Sunday’s panel at IFFF is still resonating and reverberating deep within me.

One thing that startled me was the reaction of the audience, in regard to my sharing that our team is currently bypassing representation and taking our script straight to producers.

The reason that I was so surprised is that before I wrote for film, I wrote for the stage. Playwrights continually take this market approach.

For the playwright, there are two goals: production and publication. The former could be seen as a script sale, but the latter is more akin to a script sale turning into production and distribution. Publication offers prestige; it also offers continuous monetization of one’s work – not unlike a script going all the way to completion of project and realizing distribution can offer a screenwriter residuals – and a higher probability of future sales and write for hires.

There is a Catch-22 existence for the playwright in that s/he will not realize publication with a name house – Samuel French, Dramatists – without production. So, it is the responsibility of the playwright to put his/her work out there – through contests, through calls for submissions, through negotiating for commissions.

Eventually, through such labor, a playwright will receive production, and, through 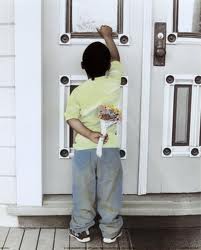 continued knocking on doors and self-marketing, that playwright may see more productions of the same script, and, eventually, if the script is well-received, the playwright may achieve both publication and representation.

There are several playwrights who self-publish, and use very strategic viral marketing campaigns to get their work out into the world, and some, such as Alliance of Los Angeles Playwrights Co-chair Jonathon Dorf, and NYC’s Robin Rice Lichtig, who monetize their works quite nicely.

Considering the above, when the time to take our script to market came, it seemed only natural to me to go this route, and, as my partner has produced for film, it made sense to him as well.

However, at the panel session, I saw more than a few astonished faces in the room. Perhaps the reluctance to go “straight to” is an esteem issue for screenwriters – the world of theatre is a world of one, large – albeit dysfunctional (but it’s the fun in dysfunctional brand) – family, while in the world of film and television, we seem content to float about in a world of “us versus them.” This notion of separate and inequal is laden with problems; it is not only self-defeating, it is, by and large, fiction.

Try to see the top-tier producers as the equivalent of Dramatists and Samuel French. They might be interested in your work, but they need to have you vetted. They need to see your work ethic; they need to determine if your stories and your voice resonate within the masses. Is your work consistent? Is it quality? Can your work reach the four-quadrant market? If so, then you will eventually become a good investment for them.

This top-tier, however, represents only about 8% of the industry. The rest are searching high and low for that next great story, which will translate beautifully into a film that everyone will want to see. Or they are looking for a script with market potential that they presently have – or can obtain – funding for, and, through either theatrical, on-demand, digital downloads or direct to DVD sales, or a combination thereof, will realize a robust return on their initial investment.

It seems crystal clear, at least to me, that going direct to producers makes perfect sense.

Feel free to visit Jonathan’s and Robin’s websites – and notice, that while he engages in strong viral marketing campaigns, he does so without turning himself into a brand. He brands his scripts – but he does so in a way that does not limit him to genre.

What I am reading: Round Up the Usual Supects – the Making of Casablanca.

What I am watching: MARIE ANTOINETTE. I will never comprehend the lemming like response to

hate the works of Sophia Coppola. The woman is a gifted artist. Sour grapes, perhaps?

A Royal Shout-Out: To scribes everywhere, for the trials and tribulations that you endure, and yet still, you keep the faith. I love you. You. Yes, that means you.