Whose Film is It Anyway?

Posted on October 30, 2013 by princessscribe

I’m moving several projects through post, a couple of shorts and an episode of TLAU.

I love post-production; it’s where the magic really happens. Edits, sound design, composition… all those beautiful components, coming together, like notes on a page, to create this symphony that is called a film.

The emergence of YouTube, combined with the advent of DSLR, has presented visual storytelling with a unique set of circumstances. New technologies and lowering costs have made the tools of filmmaking more and more accessible. Every Tom, Dick and Mary can outfit themselves with a pretty sweet setup, and these same Toms, Dicks and Marys then turn around and refer to themselves as filmmakers… and they knock a film out, cut it, buy some stock music and slap their names all over the opening credits without so much as a “by your leave.”

You know what I’m talking about. That offensive, annoying title card. The one that reads “A [insert your name here] Film.”

What’s wrong with that?! I hear this all the time. I wrote it! I directed it! It’s MINE!!!

I will tell you what is wrong with it. It is a lie.

Plastering your name all over those titles is an act of grandiosity, borne of ego, for it makes the film about the Me instead of the We. It is the opposite of gratitude, and it does a great disservice to all who contributed in the creating of this story.

The next time you feel the urge to use that credit, sit back and answer the following questions: 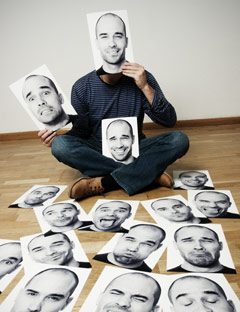 Did you write the screenplay? Did you direct the film? Did you produce the film? Did you fund the film from your own pockets? Did you pay for locations? No donating of space from anyone allowed, because then it could not be “your” film. Did you design the production, build all of the props? Did you use your own equipment – or rent what you did not have? Did you shoot the film? Did you light it, run electrical? Are you the sole talent in the film? Wigs, makeup, wardrobe can turn you into multiple characters, so you’ll need to handle that, too. Without help. Did you hold the boom as you were filming your acting? Oh, you used lavs. Good choice. Did you mix the sound with your toes while you were filming and acting? Did you slate each take? And keep an edit log for yourself? Did you cook all of the meals for your one-person cast and crew? Did you edit the film? Did you do the sound design? VFX? Color grading? Music – you composed it, of course, right?

Now, if you can say yes to every single question, then you have my permission to plaster your name all over your masterpiece.

That being said, if you did do all of that on your own, ask yourself, and ask truthfully – is this really a film that anyone would want to see?

7 Responses to Whose Film is It Anyway?