Posted on October 1, 2013 by princessscribe 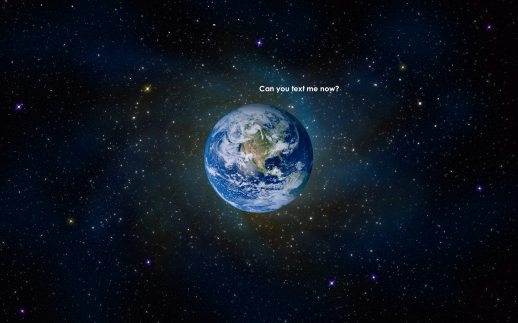 A few weeks ago, I subscribed to Notes from the Universe, a cheeky little daily reminder to keep self on a forward moving path. I did so after seeing my friend Jeanne post her daily reminders, took a look at the site, and figured “Why not?” I mean, who would not want bot-generated comments to direct your destiny?

Today’s note: Anne, here’s a hint on figuring out your life’s purpose:

It almost never lies behind the door marked, “Just be logical.”

My filmmaking life often feels like a life lived in retrograde. There’s a ton of struggle and heartbreak. My work is placed under the microscope and torn apart, or, worse, taken from me and passed off as the work of another. I roll with it, because… well. I’m either incredibly stubborn or persistent. It’s your call.

But retrograde passes… and recently, I found myself presented with an exciting project, a gift from the Universe. Literally.

On October 9, 2013, Team Hammer Down will be in Truth or Consequences, New Mexico, to film a behind-the-scenes documentary about a communications pioneer in the aerospace industry. Working cooperatively with NASA and UP Aerospace, satellite communications and aerospace company Satwest will be sending a communications payload through the stratosphere, in order to generate the world’s first texts to space.

At the same time, we’ll have a camera crew trained on a group of high school students from Albuquerque’s Bosque School, as they follow the launch from their Physics II lab. These young people will be the select few to send the first texts into outer space. (Can you text me now?)

I’m as giddy as a little girl in spring time. Why?

The experiment is to prove the concept that wi-fi hotspots can be created in space. Imagine, traveling past the moon and Tweeting, Facebooking, and texting your moonscape shots. Awesome.

As a little girl, I created my own job. I wanted to be the world’s first actress/filmmaker/veterinarian/astronaut. Not very logical… and yet, I have accomplished the first two parts of this imagined career. These days, I spend my evenings at the Equestrian center, tending to a riding school and the horses in it. With next week’s test, in some fashion, I will be able to tell myself that this milestone in my life is a fait accompli. Then, it’s onto my next adventure. Only, instead of sending messages to space, I’ll be the one sending them from space. Or so I like to believe.