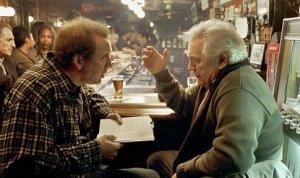 “…God help you if you use voice-over in your work, my friends. God help you. That’s flaccid, sloppy writing. Any idiot can write a voice-over narration to explain the thoughts of a character.” – Adaptation

Recently, a friend contacted me in regard to a script he was writing. He wanted to know if  he should use voiceover as a tool of information dissemination.

V.O. is an interesting topic. Most writers, when you mention it, rail against it as the character of Robert McKee does in the above quote from Adaptation. They scream the phrase “Lazy writing!” like an angry fishwife.

… and yet, if they had studied with McKee, as opposed to embracing the rant of a fictionalization of the man, they would realize that this quote does not accurately reflect McKee’s opinion of this tool. McKee does not mind voiceover – if it is used well. He also has said that his persona in Adaptation is “a fucking saint” compared to the real man, but I digress. Many screenwriters are not aware of when voiceover usually becomes part of the script. With a few exceptions (the works of Alexander Payne come to mind), V.O. is added in during post.

I happen to like really well-used V.O. I think of it as simply one more object in the screenwriter’s toolkit. When used well, it is glorious. When not, it is an abysmal failure.

Bladerunner. Sadly, one of the most egregious uses of V.O. ever. The constant narrative is condescending to the audience, as it is used to inform us of what we are seeing on the screen, over and over again. It’s disrespectful; it treats the audience as if we are too dumb to “get” what is happening. TG for Ridley Scott’s director’s cut. That, my friends, is a work of art.

The Shawshank Redemption. Flip the coin, and you will experience one of the best uses of V.O. ever, and it’s not just because the voice is Morgan Freeman – although that certainly helps. I still can’t quite put my finger on it, but something about the use of V.O. in this film adds many subtle layers of nostalgia, melancholy… and hope. But, before you run off and start adding V.O. into your period piece, please remember that Shawshank’s V.O. was added in post, after a test screening did not come off as well as the studio execs had hoped. They took a gamble – and their bet paid off. 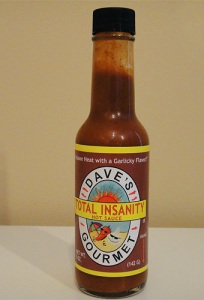 So… if you are wanting to use V.O, consider not using it; instead, write the script without it. If, in rewrites, your vision is not clear, then perhaps it is time to go back to your board, and take a long and hard look at your story beats. Put your V.O. to the side… and try, try again to write without it. If, at the end of the day, there is absolutely no other way to tell it, then use it. But treat it like insanity sauce. Use it sparingly. A little goes a long way.

P.S. – many thanks to the people at Screenwriting Spark for the shout out today!

#Filmmaker. Living with #Cancer. #Animal lover and foodie.
View all posts by princessscribe →
This entry was posted in Uncategorized and tagged Adaptation, Robert McKee, Screenwriting, voiceover, writing. Bookmark the permalink.