One of My Firsts 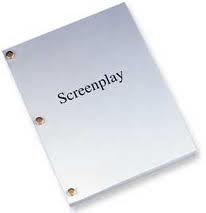 Through the power of social media, I’ve become re-acquainted with friends from the past.

Today, one friend, Leslie, posted a short story I wrote when I was a wee sprite.

My. What a fecund imagination. Honestly, I don’t remember writing this at all.

I have to admit, I kind of dig it.

Without further ado, here it is. “The Cave” by Anne Lower:

They came, the terrible slimy things out of the deep caves of the earth. Slowly at first, 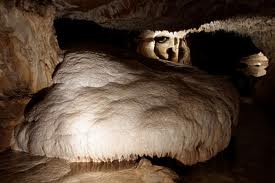 their eyes not adjusted to the brightness. With voices that would chill one’s bone marrow they whispered excitedly, “When? When?” The one voice deep and loud cried, “Not yet.”

Over at a small farm nearby Mark and Carolyn Henderson were moving out of the ancient house that generations of the family had lived in.

“Carol,” Mark said, “I still don’t see why you want to move. Those dreams are just a lot of nonsense.”

Carolyn was indignant. “They are not. Those horrible creatures….I can just feel them crawling over me.”

“Why don’t you take a walk in the fields. That’ll calm you down.”

At the mouth of the cave, the leader quietly said, “Now.”

Carolyn had been walking down the road. She then stopped, seeing a cave about two hundred feet away. Deciding that the cave would be the best place to go, she turned towards it.

Carolyn had gone about 20 feet when she thought she heard whispering voices. She waited a minute, then walked on deciding that it was her imagination. She then turned, hearing a scuffling noise – and screamed for her life.

At the farmhouse, Mark had stopped working, and, hearing a scream, turned towards the cave and smiled. He then faded away, leaving a blank space where he had once been.

At nightfall the cave again hummed with the chilling voices saying, “When, when?” Then a voice answered them. It was a young woman’s voice saying, “Not yet.”

Good to know that the Saturday am fright movies on Channel 5 led to something.

Do you remember your first story? What was it?

17 Responses to One of My Firsts