You Are Not a Brand

Posted on February 23, 2011 by princessscribe

I had planned to blog about last night’s Academy nominated shorts screening; however,

when I rose and checked my email, I began to turn purplish in hue. Steam funneled from my ears; one could imagine me next to Warner’s Tasmanian devil, with the caption “Separated at Birth?”

You see, I’m tired of all the bullshit.

I follow many blogs on writing; I’m quite fond of several: Scott Meyer’s Go Into the Story, John August, William Martell’s Sex in a Submarine, Julie Grey’s Just Effin’ Entertain Me, Laurie Hutzler, Save the Cat!, Unknown Screenwriter, The Story Department… the list goes on. I read these blogs because I respect those who contribute to them; a combination of wisdom, knowledge, and good, practical common-sense reside within their sites.

Note – several of the above blog sites, as well as many others, can be found on my Blogroll and Sites listings.

So, a couple of weeks ago, I received an email message about an organization that was running a month long “special” – one free script tip delivered to your inbox each and every day!

Note – so do they charge for their tips the other 335 days of the year? Not to mention that the aforementioned bloggers post daily thoughts and tips for free. #imjustsayin.

Some of the advice has been good; certainly nothing to blog about, but generally decent articles. However, tip 15 left my jaw hanging open and blood on the verge of boiling.

The tip was (commence drumroll): Brand yourself as a screenwriters.

You are not the author of the film

Screenwriters are not the author of the film; they write the template for it. The creation and execution of a film is a process of collaboration between multiple artists, working both above and below the line.

Diablo Cody might arguably be considered a brand; however UNITED STATES OF TARA shows little similarity to JUNO and JENNIFER’S BODY. Abrams wrote dramas such as REGARDING HENRY and FOREVER YOUNG years before he created LOST and CLOVERFIELD. As for the rest, the ones who are not novelists are not just screenwriters – they are filmmakers. There is a vast difference between the two.

If screenwriters were brands, the brands would not be comprised of the list above, but of names such as Akiva Goldsman, Paddy Chayefsky, Dana Stevens, Susannah Grant, William Goldman, Francis Marion, Simon Kinberg, Alice Guy Blache, Robin Swicord… you get the picture.

You don’t have to brand your voice in order to be unique. If you are writing authentically,

your voice is already unique. It has its own style. And, that style should be malleable; you should be able to alter it to fit the project. David Mamet certainly has his own unique style, and yet he ghost writes and rewrites other projects without leaving his indelible stamp on the pages. Writing for hire – often uncredited – is the bread and butter for the working screenwriter; if you cannot learn to fix the story problems without over-applying panache, then you won’t get hired. And, as of today, with the number of spec sales from this year totaling a whopping six, it is doubtful that the masterpiece locked away in your drawer is going to launch a bidding war.

This branding shit makes me mad. Mad, I tell you, mad as a hatter sucking on a broken

thermometer. No, more mad. Mad like Howard Beale on the six o’clock news.  I’m mad because an article like this is a lie. I’m mad because desperate screenwriters are drinking this Kool-Aid. I’m even madder because these same desperate screenwriters are pouring money into this lie, taking class after class on marketing, branding, networking, instead of doing what they should be doing – Reading and Writing. Writers write and writers read. If you need to take classes on structure, character development, rewrites, please do. You can certainly gain insight and improve your skills, but BRANDING? Marketing? For screenwriters? Really?

The industry is (for this country) an old one, and the same practices and caste systems that were in effect in the early days are as firmly planted as a redwood. Nobody cares about your brand. You are a screenwriter, not an actor. You want a business card with a flashy logo? Go into sales. You want to earn a living as a screenwriter? Cut the gimmicks and the associated crap that comes with them and write. Then, rewrite. Again. Repeat.

Now, I have to share today’s tip, which had me guffawing my chai out of my nose. Apparently, if you want to make it in Hollywood, you should “make your script so good, it improves your agent’s reputation!”

Ah. That’s where I’ve been getting it wrong. See, I’ve been purposefully writing shit that is so bad, even the likes of Jack Scagnetti wouldn’t touch it with a ten-foot pole. Sheesh.

Snark aside, I’m sure that this organization means well. The man who runs it seems to be a stand-up guy; his reputation as a writing teacher is excellent. Perhaps he should stick to that instead of dropping buzzwords like “branding.”  Heed the advice, if you wish, it’s a free country … but you’d be much better off simply working your pages.

What I am reading: Busy client week. Two story notes and one editing job.

What I am watching: Netflix just added old Star Trek episodes to their inventory. I 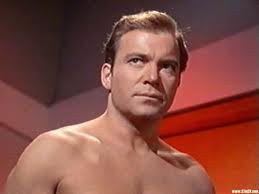 plan to start with season 1 and muddle through. All hail The Menagerie. In my feckless youth, I so wanted to be one of those sexy green badass sirens and marry James T. Kirk. Or at least sleep with him.

A Royal Shout Out: Story coach Patrick A. Horton is offering his “Mastering the Power of Story” seminar at the Beverly Garland, February 26th. It’s an all-day event, and well worth the budget friendly price – the profits of which are being donated to the WGA and SAG foundations. In a time in which we’re seeing an attack on collective bargaining, unions need support. Thanks, Patrick, for being an all-out nice guy – and great coach. For more information, email Patrick at info (at) thestorycoach (dot) com.

8 Responses to You Are Not a Brand