Posted on February 15, 2011 by princessscribe 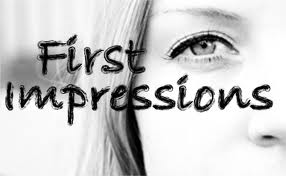 You know this script. It is the one that you have been laboring over, tirelessly, forever. That high-concept box office bonanza that you have nurtured and coddled. You like to think of it as a high sixes against low to mid sevens spec sale, right?

Well, guess what? What you have, dearest ladies and lords of the court, is a calling card script.

“Why a calling card script? If I don’t make a kazillion-dollar sale, haven’t I been wasting my time?”

A calling card script is a new-to-the-industry screenwriter’s best friend. You have one chance to make a first impression – and this is it.

The spec market has been flooded with less than palatable material over the last decade; even credited writers find themselves unable to sell specs. The possibilities of having Hollywood lined up around the block for your foray into the market are less than zero; however, with an excellent calling card script, the opportunities to write-for-hire are limitless.

Following are a few suggestions about established criteria in regard to a calling card script:

By writing in these genres, and within this budget, you show that you understand the market. Understanding the market, and playing within its rules are what separate the writers from the wannabes.

sell. You know this. You’ve been told it a thousand times. So, why are you writing a 60 million dollar period piece? Congratulations. You have just outed yourself as ignorant of the market, arrogant or just plain dumb. Do your career a favor – put those pages in the drawer and come back to them when you have established yourself.

Note – an exception to this would be a period piece that could be shot for well under 14 million; however, it better be socially relevant at the time of release…. and it better be damned good.

Get yourself a partner. Writing with a good partner is like having great sex – you’re 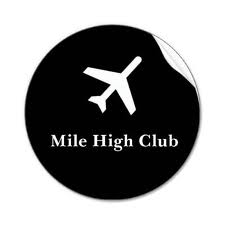 always ready to do it again.  A writing partner brings a whole new element to the table; you want someone with a slightly different skill set than yours, one that can challenge you, get you out of your comfort zone. Your writing will elevate to dizzying heights, it will rise and crash like waves against a beach, rolling and thundering again and again, fireworks will explode, the earth will move and you will be granted an honorary membership in the screenwriter’s version of the Mile High Club.

Plus, the industry loves writing teams.

Studios acquire rights to books, with the intent of hiring an established writer to adapt the book to film. The reason that adaptations are so huge in Hollywood is that they bring along with them a built-in market. They are considered big money; that investment is not going to be spent on a newbie – unless the author is J.K. Rowlings, and she has hand-selected you to knock out the newest Hogwarts saga.

If there is a book that you must adapt, make some notes, hone a great pitch, make certain the rights are available… and hold onto it until you have established yourself.

This is your one chance. Get it right. Payoff every single set-up. Give your characters layers and dimension. Have them make interesting choices. Make your dialog razor-sharp. Your story – and your script – must be flawless. It’s about value – the value of your work, the value of your time. High-concept is great – but you need to be able to execute it 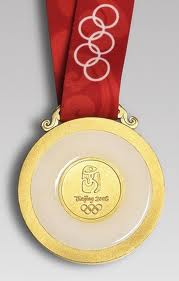 perfectly. It’s the difference between last place and Olympic gold. A writer who does not want to put in the time and energy that executing a script deserves is not a writer that is going to be considered for high-paying work, if any work at all. Nicholas Sparks has said that his entry query letter took 17 drafts and 2 weeks to write. Your script deserves even more.

What I am reading: I’m working a lot this week, giving script notes. It’s competition season.

What I am watching: Preparing to snuggle down with Javier Bardem in BIUTIFUL. Any day that I get to spend with Javier is a day filled with sunshine – and forbidden dreams.

A Royal Shout-Out: To Script magazine, for bringing the wildly bright and enthusiastic Joshua Stecker on board as their West Coast editor. His influence has invigorated the publication and propelled it into the forefront of industry-related social media. Follow Josh on Twitter @joshuascriptmag.

#Filmmaker. Living with #Cancer. #Animal lover and foodie.
View all posts by princessscribe →
This entry was posted in Uncategorized. Bookmark the permalink.

3 Responses to The Calling Card Script