A Season of Giving – Hometown Heroes

Posted on November 26, 2010 by princessscribe

As a thank you to Sheridan at My PDF Scripts, I’ve deleted the posts in regard to copyright infringement et al. In the spirit of the holidays, I’m returning to this favorite post ~ HRH, Princess Scribe

Every now and then, I’m going to shy away from subjects on writing and film, and spend a few moments thanking certain individuals, who have devoted their lives to making a difference in their communities – hometown heroes if you would.

Today’s spotlight is on one near and dear to my heart.

Once upon a time, the Save the Cat! team brought me into their loving fold. That watershed era of working with Blake, BJ, Rich and Jose was  a most happy time in my life; not only because of the thrill of the story structure chase and the journey towards perfection on the page, but also because of the generous nature in which each and every one of those Cats lived their lives. Still do. Add in the Austin Cats… well. I give thanks.

(Shout out to Ben Frahm for joining the team. A most wise and giving Cat)

Blake was a Board advisor for the non-profit group, Beyond Shelter. It was his pet project, and one in which his efforts brought him great joy. He even established his own fund raising challenges, to benefit the organization.

Beyond Shelter was founded in 1988 by community activist Tanya Tull. Tanya had spent many years helping those in need on L.A.’s notorious Skid Row. After encountering family 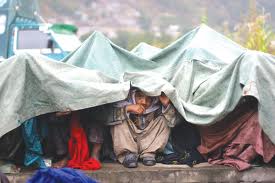 after family, and hearing story after story, she began to connect the dots. Tanya realized what was most vital – and life changing – for these under-served men, women and children: the opportunity to move into a home of their own. Through Beyond Shelter, she launched “Housing First,” an innovative program that works as a rapid response team, rehousing homeless families as quickly as possible, rather than to let them languish on the streets, or to get lost within the shelter shuffle. “Housing First” has gone on to transform the public policies and practices in regard to homelessness, not only on a local, but on a national scale.

Through the character of Ouisa, playwright John Guare articulates the impact that Tanya’s actions have made in Six Degrees of Separation:

“I read somewhere that everybody on this planet is separated by only six other people. Six degrees of separation between us and everyone else on this planet. The President of the United States, a gondolier in Venice, just fill in the names. I find it extremely comforting that we’re so close. I also find it like Chinese water torture, that we’re so close because you have to find the right six people to make the right connection… I am bound, you are bound, to everyone on this planet by a trail of six people.”

Think of how many people –  not just the residents of Southern California, but of the world – have been touched by Tanya’s actions. Six degrees of separation.

Alas, our country is deep within an economic meltdown, moreso in California with the highest unemployment rates and off the charts foreclosure events within thiscountry. A triple whammy – a family who would normally donate $25 – $100 per year to Beyond Shelter is hit with unemployment. Unable to pay their mortgage, they are foreclosed upon… and find themselves homeless. So now, they themselves need Beyond Shelter during a time in which giving has dwindled, and need has magnified a million times.

So, as we enter Black Friday, Cyber Monday, and the season of giving, I’d like to urge each

and every one of you lords and ladies of the court to consider giving a small pledge to Beyond Shelter. Perhaps instead of the usual bottle of bourbon to your brother in law, you make a donation in his name. Ask your kids to cross one small item off of their holiday list, in order to help sponsor a homeless family. If you don’t live in SoCal, consider the six degrees effect… or think about donating locally. Charity and empathy begin at home. This year, may they begin in yours.

2 Responses to A Season of Giving – Hometown Heroes