There’s a New Studio in Town…. Sort of

Posted on November 22, 2010 by princessscribe

Last week, the wires were all abuzz post press-release announcement of the new whizbang screenplay/film competition opp – the formation of Amazon Studios.

Sounds good…. or does it? I’m not so certain that I would encourage anyone to jump on the bandwagon. Think on this:

Are there any pros to entering?

Hmmm. Well, you can Tweet and Facebook your friends and family. That’s a good, non-productive form of procrastination. You can obsess over your entry, day after day, checking your metrics, seeing your name in Amazonian web “lights.” You can lose sleep, suffer the highs and lows of competition-induced manic depression. You can have a pretty fucking lousy New Year.

Or, you could not enter, and work to make your story sing. You can strive for excellence. 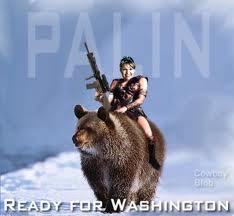 True success is measured by the amount of time that you are willing to put in, in order to master your craft. You can go the route of Christoper Nolan and work hard, very hard…. or you could pull a Bristol Palin and get momma grizzly to throw the full power of the Teabaggers behind your entry. As momma grizzly knows, there is, sadly, no such thing as bad publicity these days.

There is fast food and then there is great food. Which flavor is your script going to be?

* HRH is not a fan of the contest circuit. She’d much rather see the lords and ladies of the court use their hard earned cash to upgrade their computers, purchase writing supplies… and write.

What I am watching: Waiting for The American to arrive. All hail Clooney.

What I am reading: Jaron Lanier’s manifesto on the pros and cons of technology – You Are Not a Gadget.

A Royal Shout Out: To two of my favorite filmmakers and people. Nicole Greevy and Todd Faulker (producers, directors, writers) have completed Season 1 of their new web series, Exorcists Local 667. Streaming soon to a computer near you.

10 Responses to There’s a New Studio in Town…. Sort of