Posted on November 16, 2010 by princessscribe

Typing these two simple words sends shivers down my spine.

“…a condition, associated with writing as a profession, in which an author loses the ability to produce new work. The condition varies widely in intensity. It can be trivial, a temporary difficulty in dealing with the task at hand. At the other extreme, some “blocked” writers have been unable to work for years on end, and some have even abandoned their careers. It can manifest as the affected writer viewing their work as inferior or unsuitable, when in fact it could be the opposite.” ~ Wikipedia

Writer’s block. We all fear it. We all face it in one form or another. In its mildest incarnation, it can be that moment when, in the middle of pages, one simply hits a “wall.” In its most severe expression, it is the scribe’s equivalent of Laurence Olivier’s five-year battle with stage fright. Life transforming. Career halting.

No one wants to experience such a catastrophic event.

As as prescriptive, let us examine the symptoms, probable causes of, and possible solutions for the Block. A little PrincessScribeMD, if you will.

Possible solutions: Set a schedule and stick to it. Writing is a profession, and one

that you must practice every single day. Even if you are a lunch hour writer, it is of the utmost importance that you condition your body – and your mind – into routine. Explore why you resist doing the work. Are you afraid of failure? Congratulations – you have just joined the largest club in the world. We all fear failure, being found out, rejection and humiliation. Hello, Hollywood.

Possible solutions: Get organized. Clean your writing space. “Creative” is not a polite 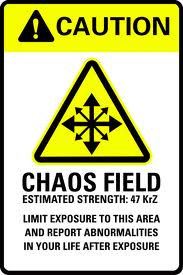 euphemism for “slob.” If you are a slob, it is because you are a slob – not because you are a writer. The outer clutter of your workspace is indicative of the inner clutter of your mind. Get rid of the exterior, and the interior will begin to resolve. Focus. Remove distractions and their sources. Give your work the attention that it deserves. Don’t use friends or families – and the obligations that come with both – as an excuse. It’s not fair to them, for they want you to succeed. It’s not fair to you, for you deserve success. Writing is a profession. Treat the craft with respect, and request that others do the same.

Plus, cleaning and organizing can be a seemingly productive form of procrastination.

Symptom: Hitting the wall. You’ve completed your outline. You’ve taken it to your board. You’ve banged out drafts, deconstructed them, reconstructed them again. Or, you’ve gone organic… and can’t imagine why you can’t get past midpoint. Either way, your fingers are flying… then come to a screeching halt. Your brain is in a fog. You simply cannot wrap your head around this point in your story.

Possible solutions: Get out. Commune with Mother Nature. Take a long city walk, or an equally long rural hike. If it’s raining, wear your rubbers. If it’s twenty below, a coat is

recommended. Whatever the weather, get outside – and out of your head. Breathe. Move. Push your body until your mind goes silent. Then, after a good break, bring your mind back to the problem at hand. You will most likely see a chink in that wall.

You can also accomplish the above in a gym.

Drink water. Drink hot tea. Eat some protein. Your body will thank you.

Be willing to go back to your outline, your cards, your board, to beat it out all over again… and bring a clear head, and an objective mind with you. Turn off your music. Give your mind the gift of silence, of focus. In addition to being a profession, writing is also a meditation.

Meditation is also a productive way to procrastinate.

Symptom: Inarticulation. The most perplexing of the blocks, and the most disconcerting. You stare at a blank page, day after day, and you can’t write a single word.

Possible solutions: Your mind might be telling you that this is not the project that you should be spending the next three to twelve months of your life on in one form or another. Ask yourself why you are writing this project in the first place. Examine your answer. Consider scrapping the project, or putting it aside in lieu of another.

It’s possible that you are afraid of your project, that it will direct you on an inner journey down a very dark path. If so, remember, that writers need objectivity if they are going to

craft excellence in story and in character. Use your life, your experiences… but do so from a distance. Your story is not about you. Remind yourself that.

And finally, tear down that wall. Write. Write every day. Write anything – it does not matter what.   One morning, Stephen King wrote the words “Donald DeFreeze is a dark man” in response to the Patty Hearst/SLA kidnapping. He then wrote “A dark man with no face,” and glanced up at a biblical quotation that he liked, and had tacked up on the wall – Once in every generation the plague will fall among them – and that, as he has said, was that. He spent the next two years writing The Stand.

Of course, we all cannot be King, but the point is this – just do it. Write. Whether it makes sense or not. Even if it is shit. Write. Just do it.

Did you hear that? Do you know what that was? That clink?

It is the sound of your wall. Look. The blocks are crumbling.

“…And here comes Blake Bailey’s stunningly detailed biography, exploring step by stumbling step the crooked path that Cheever followed, disclosing the addicted urges and bawling self-pity (“What did I ever do to deserve this”) to which he submitted himself and those within his household…. Even as Bailey can’t help deploring the carnage Cheever left in his wake — more than a couple of wrecked lives of those he exploited — he manages to stand, at essential moments, in wonder…. His sketches of dozens of characters who were touched by Cheever are short stories in themselves…” – New York Times Book Review

What I am watching: Past tense. I attended the 30th anniversary screening of Bullitt 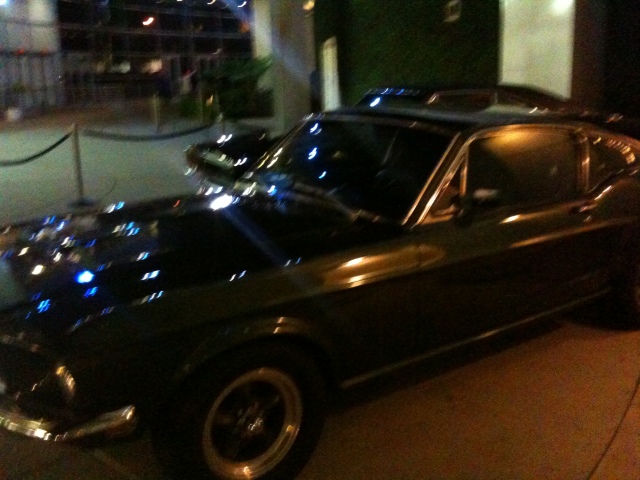 last Thursday at the Arclight, in observance of Steve McQueen’s untimely death. Experiencing McQueen on the big screen is something not to be missed. He was a consummate actor, a true artist, laden with talent and the demons that can accompany that gift. He was unabashedly American. That mug of a face. Those eyes. Hollywood of the 60s was out in force. Jacqueline Bisset and Robert Vaughn shared anecdotes about work and life with McQueen. And look. The cars were there, too.

A Royal Shout Out: Once again, to friend Alvaró Rodriguez. Al has joined the rank and file at Mulholland Books, with his newly published short story, El Niño Actór. Click on the link to read this quiet and lyrical tale. Al, I’m going to have to give you a permanent shout out spot. Oh, and yes. I cribbed this pic from you.